Objective Measures of Screen Time for Children and Adolescents

The study employed systematic review and meta-analysis methodologies, adhering to PRISMA guidelines. The authors searched for studies in databases, then screened, reviewed and selected them based on how data were collected and analyzed. The selected study authors were contacted and asked to include their data in the meta-analysis. All data used in the meta-analysis were analyzed in the same way and included the same definitions for the study variables. This methodology allowed for a large sample size that included a total of 8 studies comprising 36,383 study participants from the United States and western Europe.

An important criterion the authors used to select studies was the use of an objective measure of both physical activity and sedentary time. This was deemed to be important because prior studies have found that subjective measures, such as self-report surveys, are inaccurate. People tend to overestimate their physical activity and underestimate their sedentary time. The objective measure used in this study was accelerometry, which involves participants wearing devices that provide accurate measurements of time spent in various body positions such as sitting, standing and walking. This was particularly important in this study in order to measure the effect of different intensities of physical activity that would otherwise be challenging to capture using self-report methods.

This study provides important information to guide public health recommendations and further research into reducing premature mortality among adults aged 40 years or older. It found that higher levels of physical activity were associated to lower mortality risk and that any amount of physical activity had a positive benefit and so adults should be encouraged to be physically active as much as they are able and that even light intensity physical activity has considerable benefits. Additionally, it found that high levels of sedentary time have a significant risk for premature mortality in middle aged to older adults, especially if they are sedentary more than 9.5 hours a day.

About the author: Emi Vargatoth is a research student at the Children’s Hospital of Eastern Ontario (CHEO) with the Healthy Active Living and Obesity research group (HALO). She is currently pursuing her studies at the University of Ottawa where she will be entering her second year of medical school during the fall of 2019.

Is it time to have quantitative targets for sedentary behaviour guidelines?

Controversies in the science of sedentary behaviour and health 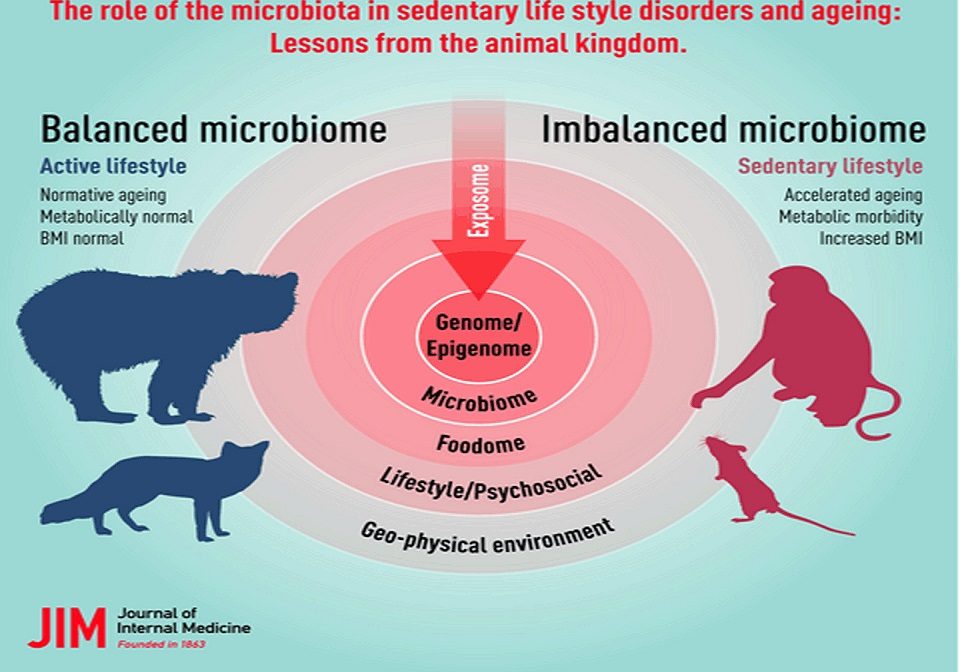 The role of the microbiota in sedentary life style disorders and ageing: Lessons from the animal kingdom