Screen time and snacking – does it matter for young teens?

Harmful or Helpful? Social Media, Internet Use and Suicide Attempts Among Adolescents 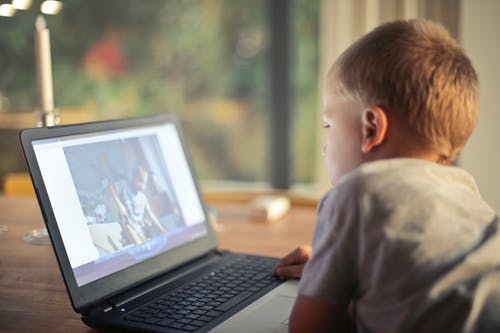 Today’s post is written by Emi Vargatoth, a second-year medical student at the University of Ottawa and a research student at the Children’s Hospital of Eastern Ontario (CHEO) with the Healthy Active Living and Obesity research group (HALO).

Researchers and parents have raised concerns that screen time has negative effects on children and adolescents. While the Canadian 24-Hour Movement Guidelines recommend that children aged 5-17 years old get no more than 2 hours of recreational screen time each day, the 2018 ParticipACTION Report Card reported that 51% of this age group are exceeding this limit. In response to parental concerns over the effects of screens on family time, homework and other important aspects of children’s lives, several parental screen time control apps have become available. While these apps appear to be popular among parents, less is known as to how children feel about these apps.

The findings of the study showed that most children and youth had a negative experience with parental screen time control apps. There was, however, 21% of children and adolescents who gave ratings of 3 to 5 stars. The three prevailing themes that were identified in the positive reviews were that they liked the features of the apps that helped them avoid unhealthy habits, kept them safe, and that helped them gain more freedom from their parents. The positive reviews highlighted that they liked when the apps gave them the ability to regulate their own screen time, improve their relationship with their parents or when they were able to observe direct benefits. The positive reviews showed that allowing for some self-regulation and privacy were important elements in a positive experience, especially among adolescents.

This study therefore concluded that children and adolescents should be involved in the creation and improvement of parental control apps in order to make them more effective and positive for children. Additionally, they found that the positive app reviews accentuated that open communication and trust in the child-parent relationship was an essential part of a good user experience. The problems seemed to emerge as the power balance became increasingly unequal between parent and child such that the parent had unlimited access to their child’s information and complete control over their screen time. They recommend that apps provide overall categories of time spent in various ways on screens but not divulge every detail to parents. Also, apps that encourage collaboration between parents and their children have more success with adolescents and reduce tension in the family. They concluded that apps could be modified to empower children and adolescents to make good screen time decisions but that it is important to maintain in-person discussions between parents and children about reducing children’s screen time.

This conclusion is supported by a position statement of the Canadian Paediatric Society which lists recommendations for parents to ensure that screen time is healthy for their children. They suggest that parents be aware and take the time to talk to their children about their screen time through making Family Media Plans and conducting proactive conversations about screen time. Apps may be able to help parents strike a balance of keeping their children safe while also allowing them to learn to make good decisions and become autonomous in an increasingly online world if they could accentuate features that allow children some freedom to self-regulate and empower themselves. It seems though that the most effective means to help children and adolescents reduce their screen time will come from open and honest communication with their parents with or without the use of a parental screen time control app.

About the author: Emi Vargatoth is currently pursuing her studies at the University of Ottawa, where she is in her second year of medical school. She is also a research student at the Children’s Hospital of Eastern Ontario (CHEO) with the Healthy Active Living and Obesity research group (HALO).

Where Does the Time Go? Displacement of Device-Measured Sedentary Time in Effective Sedentary Behaviour Interventions: Systematic Review and Meta-Analysis