Are You Losing Sleep Over Your Cellphone?

Do dog owners get more exercise? 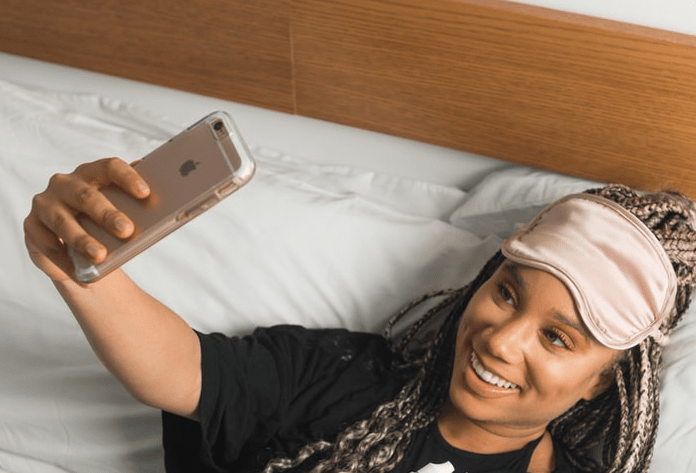 Today’s blog comes from Katie MacAskill. More info on Katie can be found at the end of this post.

Sleep is one of the most important – and among the most enjoyable – parts of the day. It is a biological and psychological necessity, affecting cognitive abilities, mood and performance to name a few. Poor sleep can encompass anything from short duration to a late bedtime to interrupted sleep. It is common among children and adolescents, affecting more and more kids as they get older; 30% of school-aged children and 40% of adolescents reported having sleep difficulties.

Poor sleep can cause more than just grumpiness and irritation. It can lead to attention and memory disturbances, depression, emotional dysregulation and even an increased risk of obesity and hypertension. Sleep changes with age due to internal factors like your growth and brain development, as well as external factors like social obligations, academic demands, availability of TV and video games, and the increasing level control that children and adolescents have over their own choices and behaviours.

In our increasingly digital age, computers, televisions and mobile phones are becoming more and more present in young people’s lives and are known to interrupt sleep and cause sleep difficulties. This fact has led researchers to target this area in their exploration of causes and remedies for sleep difficulties. Given that 98% of families have a TV and 97% of individuals have a mobile phone – understanding the effects of screen time on sleep is becoming an increasingly compelling field.

An Iranian study analyzed sleep patterns and health of more than 14 thousand 7-18-year-old students to look at the frequency of sleep difficulties relative to screen usage. They were particularly interested in the danger and commonality of using screens in close proximity to bedtime. They found that 54.3% of participants watched television or used a computer within 2 hours of going to sleep while 33.5% of participants had short sleep durations.

From these results the authors stated that watching television or using a computer within two hours of bedtime was associated with shorter sleep duration. More specifically, television watching increased the odds of delayed bedtime and/or wake up time and computer use was related to sleep problems and reduced overall sleep duration.

The researchers proposed a number of mechanisms potentially underlying their results. Firstly, the time-consuming nature of small screen devices gives them the power to interfere with an individual’s schedule. Unstructured activities such as scrolling on social media, messaging friends or playing games can easily displace sleep.

Second, the availability and popularity of media-devices is exceptionally high and still on the rise, meaning that a multitude of waking behaviours are sedentary with low energy expenditure. This low energy output increases the risk of insomnia. Sedentary behaviour also increases the risk of obesity which can in turn lead to chronic high emotional stress and sleep disturbances.

This research is very important especially as the prevalence of screen-device ownership continues to rise. Maybe if this knowledge becomes widespread we can all sleep a little better!

About the author: Katie MacAskill is a fourth-year Kinesiology student at McMaster University, where she is also a member of the varsity swimming team. In summer 2019, Katie was a summer student at the Children’s Hospital of Eastern Ontario (CHEO) with the Healthy Active Living and Obesity research group (HALO).