Why is Sedentary Behavior Making an Appearance in Physical Activity Guidelines?

Today’s post comes from Dr Peter Katzmarzyk.  More info on Dr Katzmarzyk can be found at the bottom of the post.

Figure 1.3 from the 2nd Edition of Physical Activity Guidelines for Americans, available here.

Whether sedentary behavior makes its way into physical activity guidelines based on interactions with health outcomes, or by the rationale that the “whole day counts”, it is my opinion that valuable information is gained by doing so. From an energy expenditure point of view, sedentary behavior lies on the low end of the physical activity spectrum; however, sitting and moderate-to vigorous physical activity represent two distinct behavioral targets that can be addressed to improve public health – the “sit less – move more” message may begin to resonate with the public and may have long term public health impacts. Time will tell. 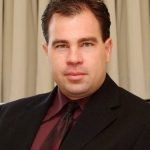 Dr. Katzmarzyk is Professor and Associate Executive Director for Population and Public Health Sciences at the Pennington Biomedical Research Center where he holds the Marie Edana Corcoran Endowed Chair in Pediatric Obesity and Diabetes. He recently served on the 2018 U.S. Physical Activity Guidelines Advisory Committee for the U.S. Department of Health and Human Services.