Why is Sedentary Behavior Making an Appearance in Physical Activity Guidelines?

Internet gaming has become a global pastime, and one that continues to grow. Unfortunately, its popularity is quickly becoming a pathology – the gaming disorder.

With the increasing apparition of gaming disorder in addiction practices, there has been a push to officially define the disorder. A definition was published in the 11th International Statistical Classification of Diseases and Related Health Problems (ICD-11) – the diagnosis was deemed appropriate for:

“A person who, over a period of at least 12 months, lacks control over their gaming habits, prioritizes gaming over other interests and activities, and continues gaming despite its negative consequences.”

The prevalence of the gaming disorder diagnosis has increased drastically in the last 6 years: statistics have shown as much as a tripling since 2013. In Europe and North America prevalences of 0.7-27.5% have been seen. The vast majority are males under the age of 20.

The experts discuss what makes gaming disorder so tricky to treat, the major reason being that “the internet is everywhere.” In addition to this ubiquity, the nature of such games makes it harder to crack an internet addiction than alcohol or drugs. The reward system involved causes players to rack up countless hours playing; the multiplayer settings that give players the chance to compete with others are highly compelling; and the concept of prize money gives players a means to live off of game play – all which contribute to the severity of these addictions.

Though the clinical world has accepted this definition with open arms, the gaming industry has been less excited. The industry feels this movement is premature as the Diagnostic and Statistical Manual of Mental Disorders, Fifth Edition (DSM-5) has not yet fully accepted the gaming disorder and fears it will lead to panic and over diagnosis as well as a general stigmatization of gamers.

However, the WHO assures gamers that the inclusion of gaming disorder in the ICD-11 was in response to evidence of an increasing demand for treatment and was based on several experts from over 20 countries.

Dr. Higuchi affirms that this is a critical step in the right direction – “it’s time to set limits.” 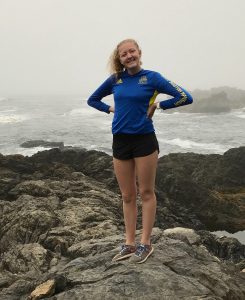 About the author: Katie MacAskill is a summer student at the Children’s Hospital of Eastern Ontario (CHEO) with the Healthy Active Living and Obesity research group (HALO). She will be entering her fourth year of Honours Kinesiology at McMaster University in fall 2019, where she is also a member of the varsity swimming team.